I just installed the Trail Tech Vapor (752-301) onto my 2014 Suzuki DR-Z400SM.  At about 3300 miles, the stock speedometer stopped working because Suzuki decided to put a piece of plastic garbage on to act as the speed sensor.  Luckily, the Trail Tech uses a much more reliable magnetic wheel sensor instead of a plastic gear.

That was the main driving force behind this purchase and installation, but the tachometer was a nice added bonus (the stock DR-Z dash does not include a tachometer and is very basic).

I should note that the Vapor does not come with indicator lights for turn signals, high beam, coolant temp, neutral,etc by default, but can be added with an add-on unit.  I haven’t installed the add-on unit at this time.

I will go over the different hook-ups and sensors individually.

The Vapor needs a constant 12V power source with a 1A fuse in the circuit.  Luckily, the stock dash has a 3 wire connector that powers the unit.  I was able to simply disconnect the plug and cut the harness off of the stock speedometer.  It has 3 wires: red, black, and orange.  The red is the 12v power, black is ground, and orange is key-on power.  I simply spliced the red and black Vapor wires onto the red and black wires of the harness, ignoring the orange wire, which worked perfectly and gave me a nice clean harness to plug into.

(Requires removal of gas tank) The RPM sensor is a single wire that is red at the end.  Simply coil the red part around the thick black spark plug wire 6-12 times.  I ended up with about 10, then wrapped it in electrical tape to keep it in place.  This is good enough for the graph portion of the tach to be functional, but I have the issue where the digital numeric readout jumps back and forth from actual to low at every other reading.  I will likely splice the wire into the spade-connector at the spark plug for a more accurate reading in the future, but it’s good enough for now.

The speedometer sensor is a magnet that gets installed on the rotor and a sensor that picks up the magnet at each revolution.  I used the shorter of the two included magnetic rotor screws to replace one of the stock rotor screws.

Now, the manual suggests drilling into the front brake caliper bracket for the sensor mount.  This does NOT work for the SM model because the front rotor is larger for street use.  I don’t have an S or an E model, so I can’t confirm if it’s a good spot for those.

Anyway, I just drilled into the front fork guard instead at a point that would be close enough to the magnet as it passes.

There are two versions of the radiator sensor for the Vapor.  I got the 752-301 model specifically because it uses a screw that simply replaces the pressure relief screw in the radiator and doesn’t require any cutting of the radiator hoses.  When replacing the screw, remember not to overtighten it as it is a hollow brass screw that can break easily.  The manual recommends finger tight plus 1/4 turn.  I can confirm that this mounting location DOES work on the SM model even though many configurators say it doesn’t.

That’s all, it was a pretty simple installation once i got a few of the unknowns worked out.  The manual offers very good instructions for initial setup of the unit.  I used 1 Pulse per Revolution and 1884mm as the wheel size (not confirmed, but i will double check later if it’s accurate).

And, when reconnecting the gas tank, remember that there are TWO hoses to reattach.  That second smaller one is easy to miss and forget.  My bike wouldn’t hold idle for more than a couple seconds because I forgot to reattach it.  I wound up removing and cleaning the carburetor because I thought I may have gotten something in the line, but it was just my stupidity and forgetting to connect the secondary hose.

I hope this write-up and video were useful.  Feel free to ask any questions or post comments in the comments section!

One vendor I was particularly looking out for at this year’s AIMExpo 2014 was CoreMoto, primarily known for their custom brake lines.  I have heard many positive reviews from different people, and being from Florida, many residents choose CoreMoto because they are local.  I even had the opportunity to meet the owner during Bike Week a few years ago and he was very interested in building and selling a great product, not just another knockoff of what works.

Brake lines are pretty simple.  The OEM lines are generally rubber which allow flex and expansion of the lines and ultimately leads to performance degradation over time.  Stainless steel braided lines don’t expand under pressure and offer a more linear feel throughout the pull.  They are simply more predictable and reliable.

Other than just using good materials, it’s difficult to make a brake line that stands out from the crowd, but CoreMoto manages to do just that.  With a huge assortment of color options for the fittings, logo tags, and brake lines, you get to have your choice of exactly how they will look and match your bike’s color scheme.

I have Goodridge lines for my R1, and they are a good quality brake line, but that’s where it ends.  CoreMoto adds all of the extra line stiffeners, rubber fittings, etc to make them fit properly for your specific application.

I recently fitted them to my 2014 Suzuki DR-Z400SM supermoto after seeing that specific application advertised at their AIMExpo booth.  It looked great in the picture, and looks great in person as well.  They shipped in a long package due to the front line stiffener for MX based motorcycles, and included all necessary hardware…and a few stickers.  (I don’t know why anyone doesn’t add free stickers to every item sold).  The instructions were complete and even showed how to adjust the fittings properly (without voiding the lifetime warranty) if they didn’t quite line up, but mine did so I had no issue.

After installing the lines and filling with my personal favorite, Motul RBF600 Synthetic DOT 4 Brake Fluid

, I was ready to test them out.  I was instantly impressed.  Both front and rear brake feel increased considerably, as expected, over the OEM rubber lines.  No leaks or imperfections.  A great looking and great performing product from an American company.

I certainly recommend CoreMoto brake lines when considering your next purchase, you won’t be disappointed!

The time has come again for the second annual AIMExpo in Orlando.  Last year was an excellent first show with Yamaha and Suzuki showing great support by having gorgeous displays.  In addition, there were countless parts and gear vendors, motorcycle communities, and smaller manufacturers showing their latest innovations.

This year adds Kawasaki to the list of major manufacturers and the likelihood of the public unveiling of the street-legal supercharged H2.  I can’t wait to check it out in person.

The Fall season also brings with it a new unveiling of 2015 gear.  I’ll be checking out all the new helmet designs, jacket styles, and color combinations that everyone will be bringing to the show.

Stay tuned next week for some lists, finds, and news from the show. It is a great event to kickoff this blog with loads of information to sift through and post about.  I’ll be taking many pictures and trying to get a look at everything.

Is there anything you’d like to specifically see?  If so, post in the comments what you’re interested in and we’ll be sure to check it out!

Motochaotic – a place for thoughts and experiences relating to all facets of motorcycling.  I like to review products, post opinions about general riding experiences and the motorcycle racing world, and simply talk about motorcycling.  A chaotic vision held in order by the two wheels that pull us all together.

I hope you will find the stories and blogs interesting, and always feel free to post comments or suggestions.  It will be my aim to engage all who comment and make this one big chaotic family. 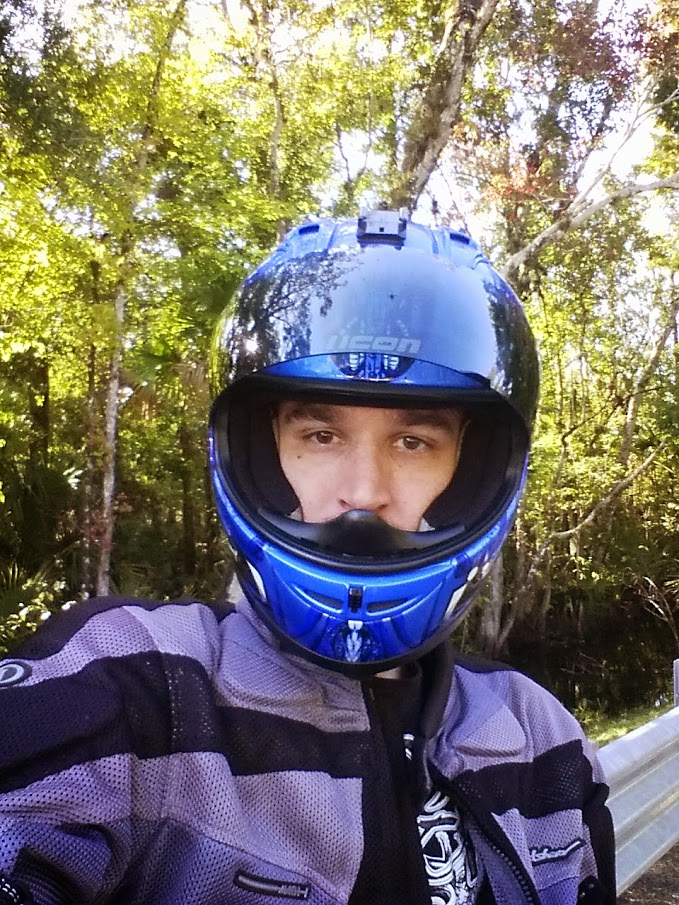